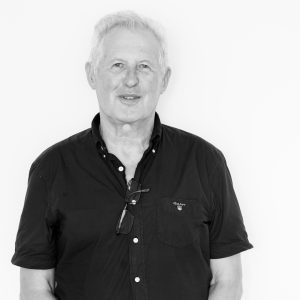 He is Professor of Anthropology at the University of Amsterdam, fellow of the Royal Netherlands Academy of Sciences and co-editor of the journal ETHNOGRAPHY (with SAGE). Since 1971 he undertook historical-anthropological field-work in various parts of Cameroon and elsewhere in West Africa. He published extensively on issues of citizenship, belonging and exclusion (see, for instance, his 2009 book with University of Chicago Press, Perils of Belonging: Autochthony, Citizenship and Exclusion in Africa and Europe). Another central topic in his work is the relation between witchcraft and politics in Africa and elsewhere (see his 1997 book The Modernity of Witchcraft with University of Virginia Press, and his 2013 book on Witchcraft, Intimacy and Trust – Africa in Comparison, with University of Chicago Press). During the last decade he acted as supervisor (aanvrager) for a project Islam in Africa – Globalization and Moving Frontiers for the NWO program The Future of the Religious Past; and as co-initiator (mede-aanvrager)  for a project on The Culturalization of Citizenship – the Netherlands in Comparative Perspective for the NWO programme Cultural Dynamics. Recent publications include an article on ‘Homophobic Africa? – Towards a More Nuanced View’ (with Patrick Awondo and Graeme Reid, African Studies Review 55,3 [2012]); and  ‘Religion’s Others: Jean Comaroff on Religion and Society’- in a special issue of  the journal Religion and Society (2012,3) on Jean Comaroff’s impact on the anthropology of religion. From 2002 till 2012 he was board member and later also chair of the award jury of the Prince Claus Fund on culture and development.